What if your computer could read?

Today we might type more than we talk, enormous amount of text data has been generated every single minute since digital era. Data is new oil (and even more valuable, for those who know how to blend it). However, a human brain is not sharp at reading large of amount of text. Our eyes are limited of two sides, which disallow a normal person to read more than 200–300 words per minute. According to “The Guinness World Record Book”, Maria Teresa Calderon can read more than 50,000 words per minute: 166 times faster than us (Maria could finish reading this blog, by end of our first two line of this paragraph). Would it be great if all of us can beat Maria in reading by a few line of Python code? The answer is yes! It would be great, with some help from free software fastText, and little understanding of Python scripts 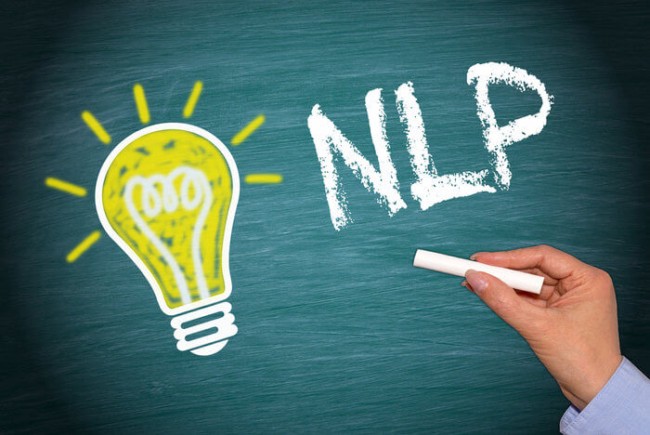 The first task is basic Natural Language Processing (NLP) and apply some technique in “text classification”,which every line of text data can be categorised into assigned groups. For example, banking industry may offer countless of financial services which require written statement from customers. Text classification module (classifier) can read those statement, and categorise them into one of the bank services category. Anyway, machines need to be taught in order to understand human language.

How to start training your machine? In this session, we are going to provide quick-and-dirty written in Python code. First, open your Python shell…and downloading these following dependencies: pandas, fastText, and scikit-learn.

US Consumer Finance Complaints data frame(df) contains two important columns. We explore [product] that represents available bank sevices and teach our machine to learn customer’s complaints by using [consumercomplaintnarrative]. Before going too deep about this data frame, we should know that how many products are mentioned in the complains and what are the numbers of complains for each products.

And these following are examples of “Debt Collection” complaints from customers.

Here comes to the modelling part, first the data is partitioned into two sets, training set and test set. Training set is used to train the machine to understand human language, and the test set will help us measure how smart the machine is.

To handle unstructured text data, I start using fastText (not easy to install but trust me it’s worth your time!) for text classification. To use fastText, the format of input data makes huge impact on training the machine. We convert input data into to fastText required format.

Input (‘./data/customerconplaintfastText_input’) file must look similar to the following statement.

label6 i didnt make a inquiry for this bank

We can test the machine performance by picking a random statement from the test set. 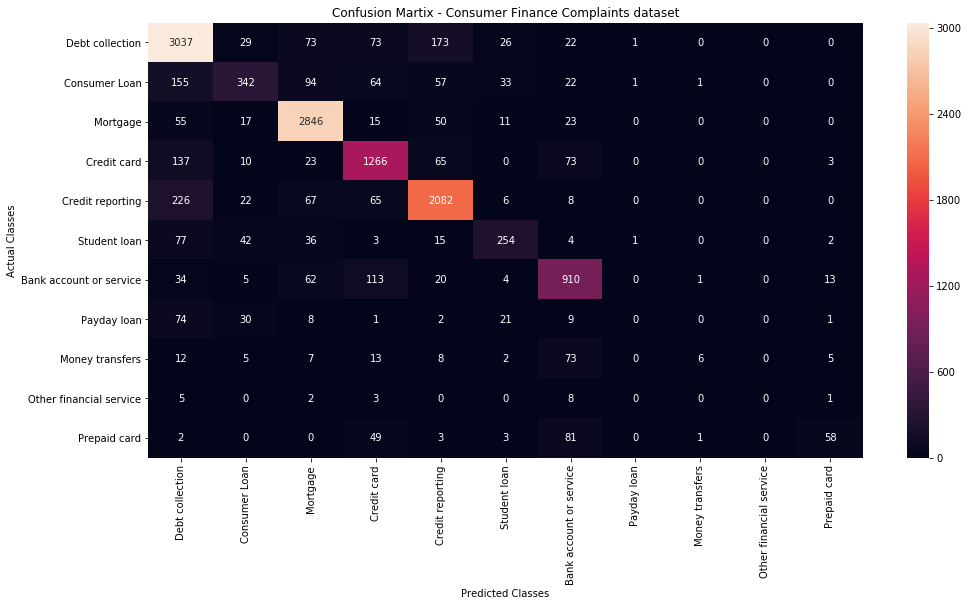 It takes 0.33 second to read 13,362 complaints or around 2,526,411 total words, so it has ability to read more than 455 million words per minute (according to this classifier on my laptop*). More than a million times faster than ordinary people can do, or thousand times faster than Maria.

To conclude,‘Natural Language Processing (NLP)’ is to make a computer to understand our human language, and the task we just finished “Text Classification’ is one of the ‘Supervised Learning’ approaches that is a subset of “Machines Learning” which mainly focus on developing machines to preform similar tasks demonstrated above. By the way, the more complicated the state of the art methods like RNN and LSTM are performing with more precise results are coming in next blog, so stay tune…