Custom AI Solutions vs RPA - what are the differences?

As we speak, the discovery of new ways to improve human life is constantly outdoing itself through artificial intelligence. In a flawed world, however, any error in the system could potentially be a fatal miscalculation. Due to the Covid-19 pandemic, an unprecedented amount of pressure can be felt within industries implementing AI models into their system. Many populations are in need of nuanced information to ensure that the right decisions are formed quickly and effectively on their behalf. Fortunately, artificial intelligence is an extension of humans, tasked to keep up with copious amounts of information. But what type of AI is most productive? Exploration of which can aid time management, raise productivity, and increase revenue.

What is Custom AI?

Artificial intelligence is impressive because of the amount of data it can retain and its ability to become more nuanced. Rather than relying on a pattern, AI is trained to generalize a specific set of data to make the most informed decision every time. Custom A.I. is personalized to fit a company’s needs, be it for video editing, game development, or creating art. It is done by a team of developers specialized in manually taking on the task of creating and priming models for use in industries. This is done through a process called ML training, or machine learning. Of course, some AI systems can work autonomously, usually deployed to scan the internet for its information. The purpose of all artificial intelligence software is to align with realistic decision-making while being flexible enough to consume and process data.

RPA is short for Robotic Process Automation. RPA falls under the category of being artificially intelligent, but with one vital distinction: it is designed to work apart from humans. Four phases encircle the effectiveness of RPA: Planning, development, testing, and maintenance. This information often supports AIs in performing menial tasks and allows for professionals in all industries to free up their time for more important endeavors. There is only so much the human brain can write down, comprehend, and apply on its own. However, the window for ML training is narrower for RPA. For RPA, there is a certain amount of learning that needs to be implemented to make it effective, but these automated machines are designed to complete tasks on a repetitive loop, mimicking human movements and thinking through a predetermined pattern.

Which is More Effective?

Many have legitimate fears of possible wide-spread unemployment as software machines gain steam in big industries. UnionTrack, a notable blog on current for union workers, wrote that “According to McKinsey researchers James Manyika, et al., by the year 2030 some 800 million workers across the globe will have lost their jobs due to automation (Green, 2019).” So how can artificial intelligence address these growing fears? Blueprint notices that executives are finding RPA hard to cope with. It perceives that “Automated business processes that are tied to evolving regulations, controls, or policies have to be pulled from production, analyzed, and then modified and tested before they can be made operational again (Kosmopoulos, 2020).” Custom AI and RPA are synonymous, but seemingly nothing without their most important complement: humans. Custom AI solutions arguably convert businesses by establishing a department of developers to oversee the model’s growth in machines. Data engineers and developers benefit from the AIs need to constantly lean on humans. The problems industries are facing with RPA may be quelled utilizing custom AI solutions. From Marketing and sales to customer service, AI software developers are specialized in a wide range of software features: facial recognition, chatbot software, and machine learning. They often are versatile, offering to design software immediately and often affordably. While companies are interested in a machine learning method to handle monotonous labor, they must also allow their businesses to flourish through working with some sort of department to manage the systems to prevent a recall of their automated system. Divvying up tasks to employees who are trained to work alongside AI developers maintains morale and excites future employment. 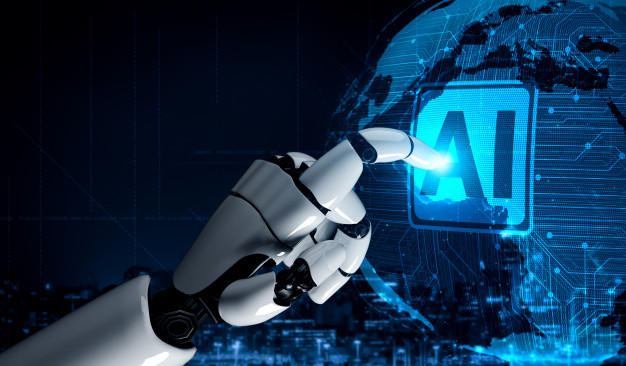 Humans working alongside machines is may idealistic for proper company growth. Especially for low-waged factory workers, who are historically on the fringe financially, feeling replaceable can be terrifying. Union workers have less and less of a cause for complaint if allowed to merge with machine technology. RPA is embraced by society as part of AI and a novel supplement to everyday life. Unfortunately, RPA is often regarded as a lifeless robot that threatens the workforce. Custom AI changes the narrative through BI software to reduce dependencies, monitor performance, and cultivate and promote a better workplace environment. Many software engineers and developers are willing to practice alongside in-house teams for both small and large enterprises. Every mature AI algorithm undergoes refurbishing for future clarity. The only way to foresee better predictions in an algorithm’s decision-making process is to buff the previous model with multiple datasets. AI developers oversee RPA, and with it, prevents history from repeating itself. Truly, supervised machine learning is novel in all aspects, but could also be the key to a more positive future for artificial intelligence.